Badalona City Council and the UPC sign an agreement of intent to create a space for technological knowledge and digital manufacturing in the former CACI factory.

Badalona City Council and the UPC have signed today, April 22, a protocol of intentions to convert the space of the former factory of the Compañía Auxiliar del Comercio y la Industria (CACI), in Badalona, into a scientific and technological knowledge center oriented to R+D+I in the field of Industry 4.0, advanced manufacturing and digital manufacturing, including processes, materials, sustainability and circular economy.

The agreement of intent to promote the creation of a scientific and technological space in advanced manufacturing in the CACI building was signed today by the mayor of Badalona, Rubén Guijarro; the first deputy mayor, Àlex Montornès; the rector of the Universitat Politècnica de Catalunya · BarcelonaTech, Daniel Crespo, and the general director of the CIM Foundation, José María Cabrera, and was signed after Badalona City Council requested a proposal from the University to provide the former factory site with content. 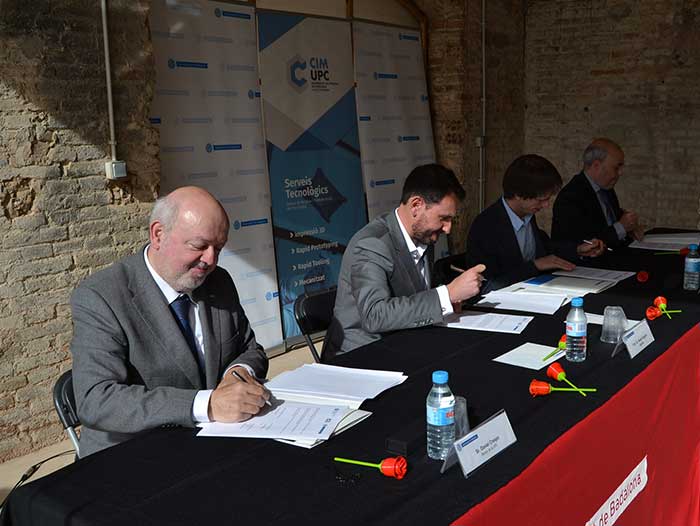 In its broad conception, advanced manufacturing is about using knowledge and innovative technology to produce complex products and improve processes to reduce waste, pollution, material consumption and energy use. Robotics, 3D and 4D printing, artificial intelligence and high-performance computing for modeling and simulation are also important elements in advanced manufacturing. The two major challenges of advanced manufacturing are: digitization and the shift towards more environmentally sustainable production. Meeting these challenges means creating an industrial transition-oriented space.

The project to create an advanced manufacturing center is aligned with the origin of CACI (manufacturing industry) and with the need to preserve and protect the landmark industrial architecture, as has already been done with the exterior rehabilitation of this emblematic building, which will now regain a new life by becoming an Industry 4.0 research center. 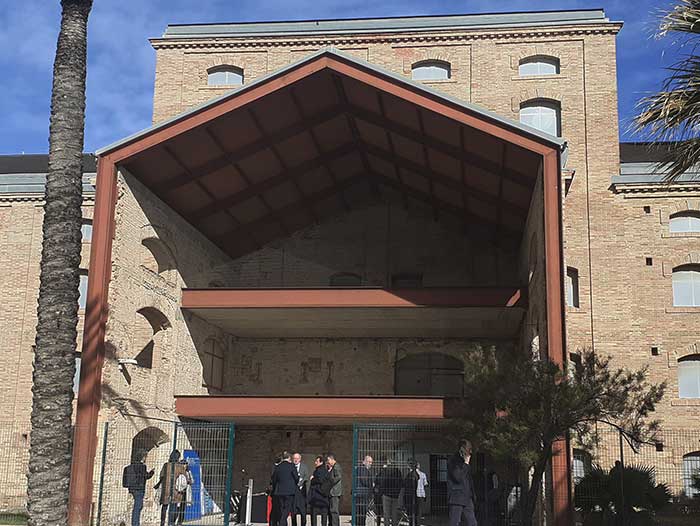 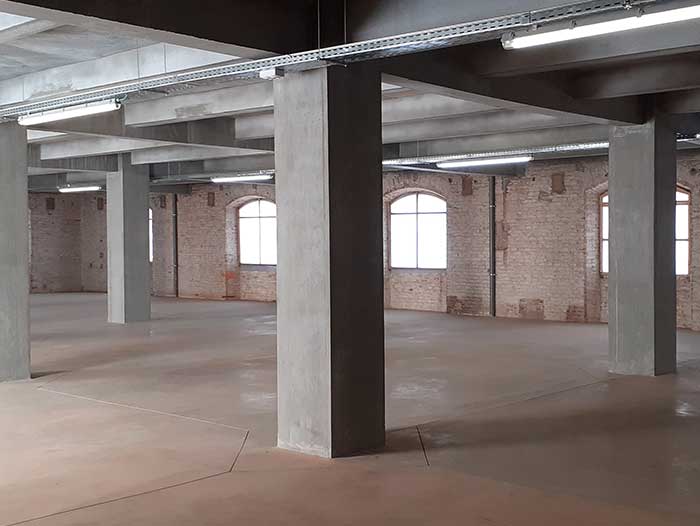 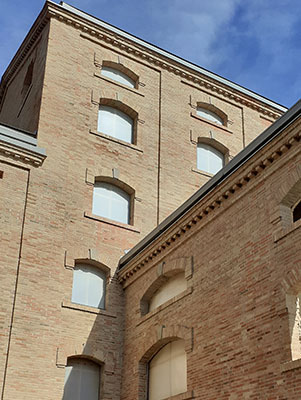 The initiative is also conceived as a space of knowledge for citizens, which will allow them to understand key aspects of the society transformed by technological innovation, while allowing them to experience it directly. Even so, the project will help to reduce the digital divide and, as a whole, will be a learning opportunity for citizens. The proposal for the CACI space is therefore based on three axes: R+D+I, digital manufacturing open to the public, and collaborative research (co-working) and entrepreneurship..

DIGITAL MANUFACTURING OPEN TO THE PUBLIC

In thespace open to citizens of the new CACI it will be possible to develop digital fabrication and prototypingboth in the field of 3D printing (an example is the bookmark and roses in the image on the right), as well as the design of electronic equipment, robotics and computer programming (such as with Arduino). Other activities will be promoted to connect citizens with technological proposals, and to provide opportunities for scientific dissemination and lifelong learning:

The CACI will have a space for collaborative research (or co-working area), a staff of companies and the creation of spin-offs or start-ups, to attract companies that wish to develop projects in the area of advanced manufacturing in all its expression, until they reach the necessary size to act independently.

In this sense, it plans to offer advanced technological services and demonstrators to help SMEs and any entity in the leap towards the paradigm of digitization and technologies encompassed in the concept of Industry 4.0, such as the Internet of Things, systems integration, digital twins technologies, cloud computing, big date, artificial intelligence, augmented reality, virtual reality and collaborative robotics.

According to the Mayor of Badalona, Rubén Guijarro, “The agreement signed today is in line with the strategic, productive and technological Badalona in which we want to recognize ourselves. The triple collaboration between the City Council, the UPC and the CIM Foundation becomes a clear opportunity for the future and shared strategy in an emblematic area of the city as the CACI“.

The rector of the UPC, Daniel Crespo, said that “This protocol of intentions is a first step to make the CACI come back to life as a knowledge factory, at the service of research and technology transfer, and the economic and social fabric of Badalona. The project is therefore an opportunity for the UPC and for the CIM Foundation, which will be able to increase its capacity in research and knowledge transfer, as well as its potential in continuing education. It will also be an opportunity to generate projects that contribute to the transformation of companies. At the same time, we want the CACI to be a space open to the public, which will serve to increase scientific and technological vocations”.

According to the general director of the CIM Foundation, José Maria Cabrera, “The word that best describes what this project means is ‘impulse’. On the one hand, it will allow the CIM Foundation to increase the space it currently has in its facilities”. Cabrera added: “On the other hand, the project is conceived in such a way that resources can be devoted to increasing the center’s equipment, with new equipment and infrastructures, which will allow the CIM-UPC to become involved in R&D&I projects of greater scope and reach“.

The first deputy mayor and alderman of the Area of City Impulse and Reconstruction COVID, Àlex Montornès, said that the municipal government of the city “has always wanted the CACI to be a national team of abbots, but also a team for the citizens of Badalona, two things that, with this agreement, have been achieved”.

SOURCE: Badalona City Council and UPC sign an agreement of intent to create a space for technological knowledge and digital manufacturing, at the former CACI factory. UPC, Press room.